I just want to provide a heads up for Tuesday’s P&Z meeting (Sept. 20 at 7:00 p.m. at City Hall) (click here for agenda and documents). I am guessing that the meeting will begin by stating that the meeting is about “changing the language to the Comprehensive Plan and not about a specific development”.  I have seen this line pop-up several times in the last few days from city council members, P&Z commissioners and even the communications from the city notifying people of the meeting.  As I explain in the remainder of the post by looking at the land parcels within the proposed Subarea, there is no need to change the Comprehensive Plan, except for the imminent Alberta application.

However, this is not the case.  The map below shows the Orchard Station Subarea (surrounded by the red lines).  The total subarea, excluding The Landmark is zoned for 2.2 million square feet.  Passing the amendment on Tuesday night will be the first step to redefine the vision and guidelines for what can be developed inside the red lines of this Subarea.

So, based on this analysis there are 44-acres in the Subarea that do not include The Landmark.  Alberta and Century own 85% of this land and are the only two property owners contemplating redevelopment.  Century did not initially need a change to the Comprehensive Plan, so the Alberta project is unequivocally driving the creation of this Subarea. How underhanded and condescending is it to pretend that Tuesday night’s meeting has nothing to do about Alberta.  In John Herbers’ guest column in the Villager, he titled the article “Orchard Subarea makes Good Sense”, but the entire article goes on to talk about all of the “supposed benefits” of the Alberta development.

Click here to read my 3-part response to his editorial.

Thank you to everyone who has written incredible letters to City Council and P&Z.  There are many great letters as to why the Comp Plan amendment, rezoning and the proposed 2.8 million square foot (7 IKEAs) development do not make any sense for Greenwood Village (you can find all of the Public Comment here).  Please plan on attending Tuesday night’s meeting – your voice and attendance will have a meaningful impact on the Commissioners!

Thanks for all of your support – Randy 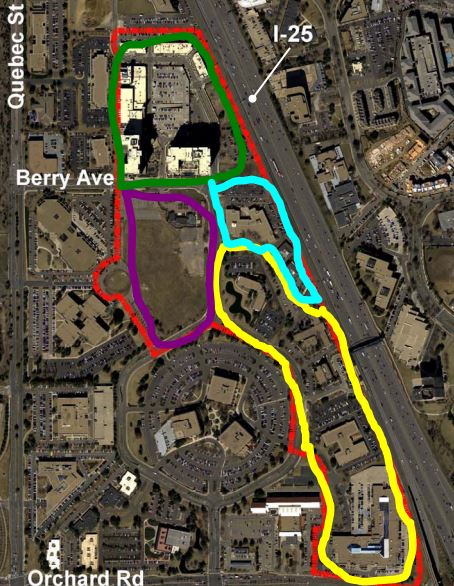